Do this easy 3-minute routine to heal the root cause of all dis-ease We all know somebody or at least have read about a celebrity who swears by the healing power of TCM (traditional Chinese medicine); such as acupuncture and acupressure. So why is it that an ancient healing art that has over 3000 years […]

We all know somebody or at least have read about a celebrity who swears by the healing power of TCM (traditional Chinese medicine); such as acupuncture and acupressure.

So why is it that an ancient healing art that has over 3000 years worth of proven results with over a billion faithful followers, can’t seem to gain a strong foothold in Western culture?

Eastern culture on the other hand, fully embraces natural therapies – with China’s top legislature recently adopted a law on TCM to give it a bigger role in the medical system. 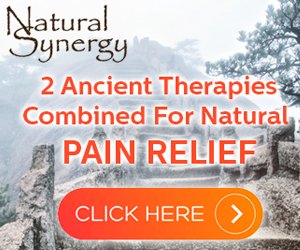 There are two main reasons why this new law was implemented:

Because TCM works incredibly well and also because China’s health system is free from the meddling tentacles of corporate greed.

Unfortunately, in Western culture, big pharmaceutical corporations strangle natural healing practices. They do this to maintain their status quo and also because they can’t patent natural health to exploit for big profit.

The pharma industry has spent a great deal of money convincing doctors, universities, hospitals and the general public that the only way to get relief is by masking pain and disease with toxic drugs (that need to be taken for a lifetime). Rather than curing the disease naturally (once and for all) at the root-cause.

Of course, this problem is reinforced with the convenience of popping a pill compared to the prospect of changing one’s lifestyle, diet or applying specific exercises.

But the natural approach to curing pain and disease can be cheap, quick and easy requiring far less commitment than going to the gym or strict dieting.

So what is Acupuncture and Acupressure all about?

Most chronic pains and ailments can be healed by restoring energy imbalances within your meridian system via pressure points (acupoints).

The World Health Organization has cited over 100 different ailments for which acupuncture and acupressure are proven to be highly effective:

Most people have heard of the miraculous effects of acupunctureâ€¦ but many are not aware of acu-pressure.

Acupressure is an ancient healing therapy where finger pressure is applied to specific points on the body which creates balance and equilibrium for the body to heal itself from illness and disease.

This ancient healing art is based on the same principles as acupuncture, but instead of sharp needles, manual finger pressure is applied.

When acupressure treatment was first developed, they did not have the technology we have today to make needles. Instead, they used their fingers, bones or stones to apply pressure to specific pressure points.

These pressure points (acupoints) release blocked energy. The cornerstone of acupressure and acupuncture is that our bodies contain a flow of energy that needs to circulate. The Chinese call this energy flow ˜Qi (pronounced chee). Qi is the energy force that supports all life. The Japanese call it Ki, Gurus of India call it Prana and some Polynesian cultures call it Mana.

Qi needs to circulate through our bodies freely for us to maintain our physical and mental health.

Qi circulates through the body via our meridian lines.

Should our energy flow (Qi) slow down in one or more of these meridian lines, or there is a blockage in our meridian system; an imbalance will occur. And if not treated, pain, illness, and disease will manifest.

Chinese medicine restores the natural flow of energy with the stimulation of specific pressure points (also known as acupoints).

Acupoints are like little whirlpools of energy that are dotted along your meridian lines.

By stimulating specific acupoints, a burst of energy will restore the circulation of a blocked meridian. This restores balance and harmony; which helps the body heal itself.

Many studies have proven the Meridian system. But one of the most popular was conducted by French Physicians Jean Claude Darras MD and Professor Pierre de Vernejoul.

They injected the isotope tracer into the acupoints of volunteer patients and then monitored the tracers movements using a gamma imaging camera. The tracers traveled along the exact meridian lines within minutes after injection. To challenge their findings, they injected non-meridian points – finding that the tracers simply pooled up and remained in the same spot. Interestingly, tracers flowing through diseased parts of the body slowed down dramatically or stopped – compared to a fast flow around healthy parts of the meridian system.

Some skeptics dismiss acupressure citing the “placebo effect” – where 30% of people will be shown to heal in experiments when given a sugar pill instead of the “real medicine”. However, the placebo effect has been debunked because all kinds of animals – who can’t comprehend suggestion, also respond incredibly well to the healing properties of acupoint therapy.

Electricity is also an effective means to stimulate the meridian system.

Some practitioners combine electricity with acupuncture to achieve faster and longer lasting relief, but the prospect of electrified needles puts a lot of people off.

Vibration – in the form of sound waves is another highly effective means for unblocking a congested meridian system.

What most people don’t realize is that everything (on an atomic level) in the universe vibrates at different sound frequencies (even the universe itself).

When our energy system is blocked or congested, it means that one or more of our meridians isn’t resonating at its optimum natural frequency.

Using the science of Entrainment (not entertainment) you can use resonant frequencies to restore your meridian system back to its natural state.

You have probably heard of the concept of entrainment before but not the name of it. Entrainment is defined as â€œa synchronization of two or more rhythmic cycles “ it’s a law of physics: when two objects are entrained/synchronized with each other, they expend less energy.

It is this phenomenon that causes:

It doesn’t stop at biology. Entrainment happens with machines too “ such as pendulum clocks to electric driers. Entrainment can also be defined within Physics, engineering, biomusicology, hydrodynamics and also brainwaves.

Studies from Concordia University, Montreal concluded that the therapeutic use of entrainment frequencies resulted in

With after-effects extending and evolving for days, weeks and even months after a session! 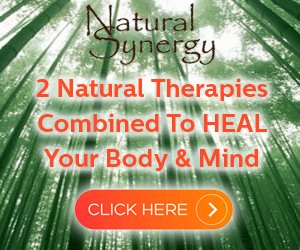 This is where it gets really interesting…

Much like electro-acupuncture; entrainment can be paired with acupressure to deliver incredible results“ which also triggers the release of 4 different opioids (feel good) endorphins.

One of these natural pain-killing endorphins; beta-endorphin is stronger than morphine.

Now you can reap the incredible benefits of electro-acupuncture, without the fear of the discomfort of electrified needles!

You can expect fantastic results using either practice (acupressure or entrainment therapy) on its own, but combining them gives you an unprecedented ability to heal and restore your body and mind.

Acu-Entrainment is a breakthrough in natural pain and ailment relief based on thousands of years worth of success stories together with targeted sound frequencies which modern medicine has been using for decades.

5 Steps To Be More Honest With Yourself

What Are The Symptoms of Acid Reflux?

The Hidden Truth About Cardio


Warning: Division by zero in /home/customer/www/relievestressnaturally.com/public_html/wp-content/themes/blog/ait-theme/includes/ait-custom-functions.php on line 48

How To Meditate For Happiness.

9 Surprising Reasons Why You Should Smile More

What You Need to Know about Alcohol and Stress

Conventional Treatments for Psoriasis – and why they could making you worse!

5 Steps To Be More Honest With Yourself

Doctors Gave Up Fixing Her Sciatica, but Today She Feels Brand New

Top 12 Ways to Reduce Stress While Stuck at Home

Self Doubt And Need Motivation?