What is Depression? Depression is a mental disorder where a person has a prolonged period of sadness, unhappiness, helplessness, hopelessness or worthlessness. These feelings often get worse over a period of time, causing a person to have feelings of self-doubt, severe despondency and dejection. Depression is an extremely common illness. There are approximately 350 million […]


Depression is a mental disorder where a person has a prolonged period of sadness, unhappiness, helplessness, hopelessness or worthlessness. These feelings often get worse over a period of time, causing a person to have feelings of self-doubt, severe despondency and dejection.

Depression is an extremely common illness. There are approximately 350 million people living in the world today who are affected by it and it is the leading cause for a visit to see a GP or doctor. Depression also has a stigma attached to it that people who suffer from it are weak which leads to them not seeking treatment – less than half of all of the people with depression are currently engaging in any kind of treatment for it. Long-lasting and moderate or severe depression can be a serious health condition. It can cause an affected person to suffer terribly, leading to problems with work, breakdowns in close relationships and lead to poor physical health.

The worst cases of depression can lead to a sufferer taking his or her own life. An estimated 1 million people worldwide every year commit suicide because of depression. Half of all the people who die by suicide have a major depressive disorder.

The World Health Organization have reported that by the year 2020, depression will be the second biggest cause of premature death in the world, heart disease will be the only illness or disease that causes more.

Personal Factors are known to trigger depression. Those who have a tendency to worry a lot, have low self-esteem, are sensitive to personal criticism, are severely overweight, perfectionists or those with a self-critical and a negative mindset all have a higher risk of developing the condition.

Depression has been known to run in families and some people will be at an increased hereditary or genetic risk. This does not mean that a person will automatically experience depression if a parent or close relative has had the illness though. Life circumstances and other personal factors are still likely to have an important influence.

Having a serious medical illness can trigger depression in two ways. Serious illnesses can bring about depression directly or can contribute to depression through associated stress and worry, especially if it involves long-term management of the illness and/or chronic pain.

Signs and symptoms of depression include:

How is Depression Treated?


The most common form of treatment for depression is the use of Antidepressant medication. Nobody can say for sure at this moment why antidepressants can alter a person mood, because nobody knows for certain exactly how AD medication works. It is only thought that by increasing or decreasing certain chemicals in the brain, such as serotonin, that this has an effect on the brains neurotransmitters.

Currently, 10% of all Americans over 12 years old take antidepressants daily, and among females in their 40’s and 50’s, that figure increases to 25%. Approximately 254 million prescriptions were written for them in America in 2010, resulting in nearly $10 billion in costs. This figure is also expected to have risen dramatically in the following years.

However, antidepressants do not cure depression, they only lessen the symptoms for a minority of people who take them. A recent report published in The Journal of the American Medical Association stated that the drugs work best for very severe cases of depression, but have little or no benefit over a placebo in less serious cases. It is extremely difficult to put an exact figure on the percentage of people who experience decreased depressive symptoms as a result of AD medication, as reports and results vary wildly depending on the people in the study and their severity of depression, and whether a study is done by an independent body or by a pharmaceutical company. It is thought though, that the overall “success” rate of the drugs is approximately 36% – slightly higher than that of a placebo.

Antidepressants are also known to have side effects for the majority of people who take them. Patients will usually experience one or multiple of the following; nausea, increased appetite and weight gain, loss of sexual desire and/or other sexual problems such as erectile dysfunction and decreased orgasm, fatigue and drowsiness, insomnia, dry mouth, blurred vision, constipation, dizziness, agitation, irritability, anxiety, and increased risk of suicidal thoughts and behavior –especially during the first month of treatment.

Antidepressants come with no guarantee that they will work, on any level of success.

Further treatment options include counseling, psychotherapy or talk therapy. This has a much higher success rate than antidepressants overall, but again the figures at hand vary wildly. The cost of seeing a counselor, therapist or psychiatrist is also very high – the average is around $150-$200 for a 60-minute session. It is not unusual for these professionals to charge upwards of $500 for an hours’ session though – and the sessions usually need to be on a regular weekly basis to have the maximum chance of success. It is thought though, that because has a higher rate of success than antidepressants, that it is more cost-effective as a result. Again though, there are no guarantees of success.


It is interesting to note, that many health professionals believe there are much better ways to treat depression. Irving Kirsch, the Associate Director of the Program in Placebo Studies and a lecturer in medicine at the Harvard Medical School is quoted as saying; “Depression is a serious problem, but drugs are not the answer. In the long run, psychotherapy is both cheaper and more effective, even for very serious levels of depression. Physical exercise and self-help books based on CBT can also be useful, either alone or in combination.”

CBT (Cognitive Behavioural Therapy) has a much higher success rate than medication. Studies have shown it decreases the severity of depression in most patients who maintain a CBT course, with many patients reporting they never relapsed into depression. CBT based self-help books see an even larger percentage of success rates and numbers of people reporting to be cured, with very little cost involved – so why is this form of treatment not more widely used?.

Due to the pharmaceutical and medical industry’s wide-reaching influence and the money involved, and due to health professionals who deal with depression and other illnesses being afraid of offering a treatment which may upset those powerful companies, very few are willing to publicize findings that depression can indeed be treated naturally, safely, extremely cheaply and in just a few weeks. One of these few researchers who dares to go against the current trend is James Gordon, a UK-based researcher and former depression sufferer, who is doing a lot of work to try to make these findings available to the general public. He is the creator of the “Destroy Depression System™”  a simple, 7 step guide to self-curing depression naturally using an amalgamation of all the research done in the area, together with his own self-experimentation with which he cured his own depression. 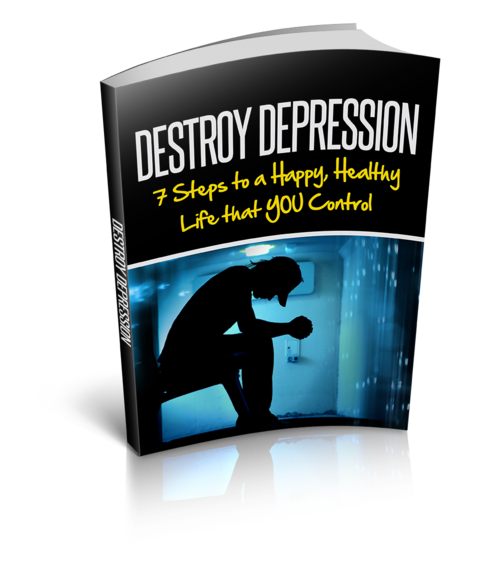 Benefits Of A Plant-Based Diet

Reduce Stress by Learning to Say No

What You Need to Know about Alcohol and Stress

The #1 Most Common Food You Should NEVER Cut From Your Diet!

Ideas For Holiday Shopping on a Budget

How To Relieve Stress By Meditation

St John’s Wort Benefits And How To Use

9 Ways to Make the Most of a Bad Day

Causes of Anger and What To Do About It.

Doctors Gave Up Fixing Her Sciatica, but Today She Feels Brand New

How Meditation Can Help You Sleep


Warning: Division by zero in /home/customer/www/relievestressnaturally.com/public_html/wp-content/themes/blog/ait-theme/includes/ait-custom-functions.php on line 48

The Link Between Psoriasis and the Immune System

Stress And Body Aches, What Is It And What You Can Do

How To Overcome Fear Of Failure

Eliminate the root cause of chronic pain